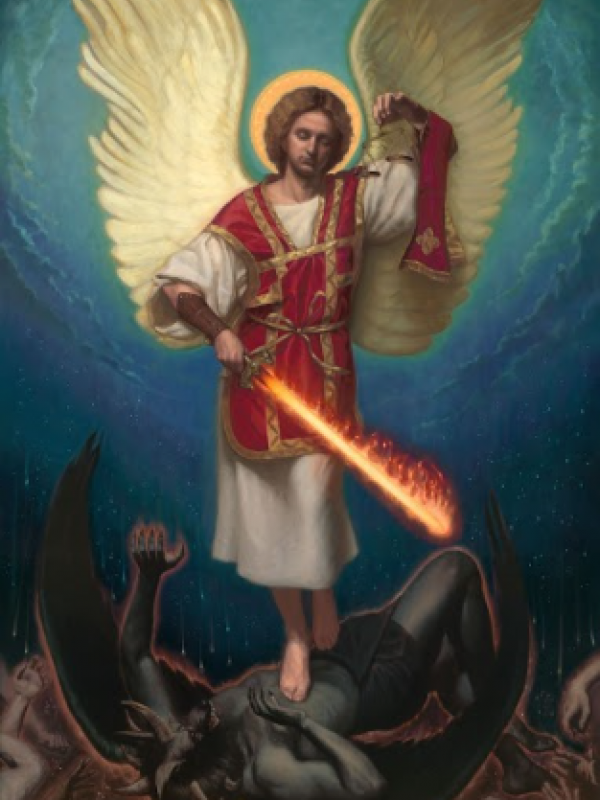 Paul writes in the letter to the Ephesians “For our struggle is not against enemies of blood and flesh, but against the rulers, against the authorities, against the cosmic powers of this present darkness, against the spiritual forces of evil in the heavenly places.” In our day and age one of the most prevalent errors is to be consumed by our everyday natural reality and ignore the supernatural. Angels and demons are either met with skepticism or forgotten. But scripture is clear that there is a spiritual battle being waged for our souls.  St. Peter writes “Be sober, be watchful. Your adversary the devil prowls around like a roaring lion, seeking someone to devour.” Similarly our Lord’s warns in Matthew “I am sending you out like sheep among wolves. Therefore be as shrewd as snakes and as innocent as doves.” The stakes are eternal. We, therefore, need the assistance of heaven in this battle. We turn to St. Michael, the one who battles Satan, to aid us.

St. Michael in this rendition is represented in liturgical garb, as he is seen in many eastern icons, rather than in Roman warrior attire. This is meant to show that it is through worshipping our God that we defeat the enemy. In his left hand he holds a scale signifying his role at the judgement of each soul. In his right hand he holds a sword of fire, a reference to the angel in the book of Genesis that guards the gate to paradise. St. Michael has a calm expression because of his assured victory with God on his side. The devil in contrast, is shown as a writhing beast with the head of a wolf. On his head are ten horns; a reference to the beast in the book of Revelation. Surrounded in flame are the arms and hands of souls being cast down along with the beast.  “The great dragon was hurled down—that ancient serpent called the devil, or Satan, who leads the whole world astray. He was hurled to the earth, and his angels with him.”

This painting was commissioned by Bishop Joseph Strickland for Bishop Gorman School in Tyler, TX. 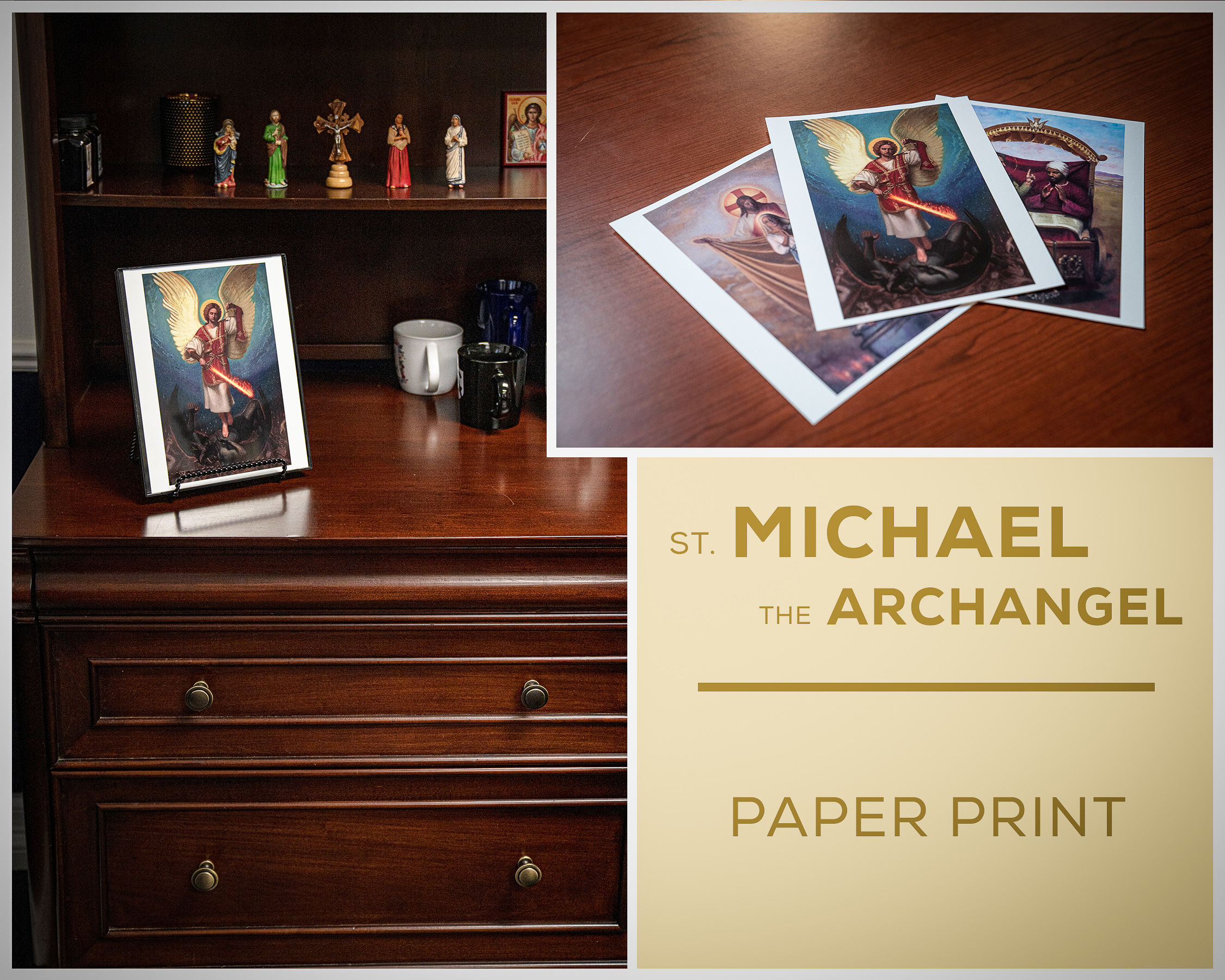